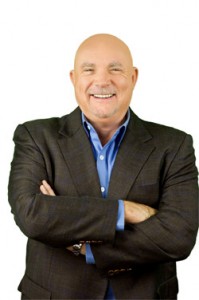 Mal Emery has earned the title of Mr Millionaire Maker and for good reason-I have interviewed a number of successful people who have become millionaires using his system.

They include Andrew and Daryl Grant (Our Internet Secrets); Matt and Amanda Clarkson (The Magic of eBAY) and Paul Blackburn founder of personal development company Beyond Success and 2011 Winner of the Australian New Zealand Coaching Institute’s “Coaching Business of the Year Award”.

In recognition of his entrepreneurial “street smart” flair Mal Emery was invited to share the stage with Donald Trump, Robert Kiyosaki and Anthony Robbins at the National Achievers Congress, Sydney Australia Sept 2011.

Mal’s appetite for business was awakened when at the age of 22 he was fired from a job. However, he still had a mortgage, was awaiting the birth of his first child and now looking down the barrel of financial disaster.

He will tell you it was a blessing in disguise because that lead him to start his own hardware business, that he sold for a profit 13 months later with almost enough cash to pay off his house. Put in today’s terms, it would be close to paying off a $500, 000 home in just over a year.

In my interview with Mal he calls a spade a spade when asked why only 5% of the population is wealthy and the rest just make up the numbers.

He admits he is a flawed individual-but aren’t we all. What is refreshing is his candour but make no mistake it isn’t self effacing; he will stare you down.

This following pointed observation from Mal, his take on the difference between rich people and the ones who are broke is something I challenge you to consider in your own wealth creation journey:

Rich people complete what they start and poor people don’t

Rich people become experts at a small number of skills and they work relentlessly at it until they are the best at it. His advice, “Practice yourself out of incompetence”

The fact that he calls his club Rebellious Millionaires speaks of someone who defies convention.

His opinion is that we are brought up to fail and explains that we are trained to get qualifications for a job and nothing else.

What me sell my services?

You mean the college degree that I hocked myself up to my eyeballs to get now includes me getting out there and selling my noble profession???

As Mal points out, you can be the best at what you do BUT if nobody realizes you exist, you and your business will soon cease to exist.

That is a reality…an economic fact.

If marketing makes you uncomfortable, it is a good sign if you are looking to become wealthy.

It means doing “stuff” that makes you uncomfortable-even Mal can attest to doing what was once uncomfortable for him.

Check out his website and I dare you to sign up for his mentorship program (WARNING: Not for the faint hearted)

Mal has authored 5 books including “Your Right to be Rich”

“EXPOSED – Zero to a Millionaire in Three Years or Less in Your Own Business!”