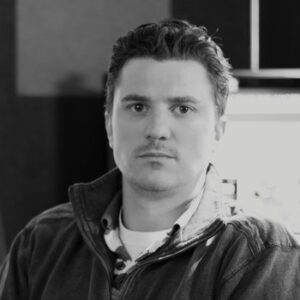 Constant and daily incremental self improvement (Kaizen) gets us to our goals-that’s the good news. The challenge for many people who aspire to lasting wealth is keeping the faith when all hell breaks loose.

It is as though the Universe/God/Higher Power tests our resolve; when we say we want financial independence the question thrown back at us, “Yeah, how much and how badly do you want it?”

Jason Stapleton, founder of Triple Threat Trading is a professional Forex trader and educator. He is someone who has done the hard yards in this business and by his own admission acknowledges the market has tested him.

But because Jason has the passion, persistence and precision (by constantly honing his skills) he is the success he is today.

FX trading is a game where the trader pits him/herself against the market. You can spend the big bucks buying Expert Advisor software, the latest trading system or even attend every trading seminar on the planet, but still get chewed up and spat out by the market.

In speaking with Jason, I noted he has the “X factor” that is usually missing in traders. The open secret he shared is that you have to truly understand yourself before you can be consistently profitable.

I like to think of FX trading as personal development on steroids. What better way to uncover your money beliefs and paradigms than coming face to face with yourself in the arena of FX trading where self mastery is the first step to lasting wealth and success.