I attended a Q&A session with Richard Branson as the main attraction at the National Achievers Congress 8-9 May 2013 in Adelaide. 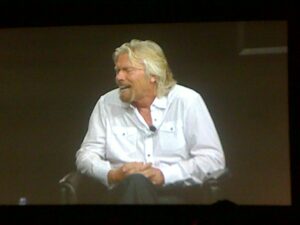 I came away with the conviction that I am on the right track because he confirmed my beliefs about how people tick and therefore how to get the best of people in organizations of any size.

The notes below are a summary of his personal and professional work ethos that I furiously scribbled down; get ready to pump your fist into the air and go Yes! as you read the points that you too agree with.