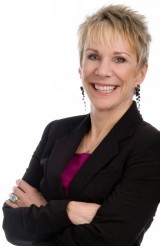 Barbara Stanny is a pioneer in the field of financial education for women and has authored a number of books including the best seller “Prince Charming Isn’t Coming-How women get smart about money” and “Secrets of Six Figure Women”.

When I spoke with Barbara Stanny about her road to becoming financially literate, her story had an all too familiar ring. Many women will be able to identify with her journey; some of it isn’t pretty, some of it will cause you to squirm. You may even feel the fear stab you in your heart because it hits uncomfortably close to home.

She like so many women did not feel confident enough to take control of her finances until fate intervened. What started as a simple act of withdrawing cash from an automatic teller machine turned into horror when these two words “insufficient funds” appeared on the ATM advice slip.

Barbara’s spouse (who mismanaged her inheritance) left her to find her own way out of the financial maze that included paying back taxes of $ 1million. Believing in the adage that “what doesn’t kill you will make you stronger,” she set out to learn the language of money. In doing so Barbara discovered how to overcome not only the external but internal blockages to becoming financially independent.

As Barbara states, “In your deepest pain lies your highest purpose”. We are eternally grateful that her purpose to empower women through her books, seminars and retreats has saved many a woman from financial ruin.

What appeared initially a financial disaster of monumental proportions has been a gift of self discovery. Barbara is passionate about sharing her hard won knowledge in her latest program “Sacred Success” for women who are on the verge of or have reached affluence. Specifically it speaks to women who want to make a difference in the world through philanthropy.

This is indeed a fine legacy for any woman.